The East Bay will perhaps always get the rap of the outer boroughs in New York City.

Oakland may be our Brooklyn by the Bay, but it’s a lot more, too. And while we do speak with San Franciscans (and folks from all over) who haven’t got a clue, by and large, people get that the East Bay, Alameda and Contra Costa counties, is more affordable, enormous, and a lot more family friendly than other places in Northern California. The pace can be slower, but it can be cosmopolitan too, depending on how you approach each day.

These are seven of the most important things you should know before taking the plunge.

We can’t all be wrong. Most of us used to live along the coast, but toda…. The League of California Cities – East Bay Division includes 33 good-sized cities and between all of them are smaller communities. Oakland, Fremont, Hayward, Concord, Berkeley, Richmond and Antioch are only the very biggest cities. We’re actually quite a lot bigger than either the North Bay or South Bay areas.

Everything to the East of the East Bay Hills is called the Tri-Valley Region. This includes the Amador, Livermore and San Ramon valleys. This used to be the quiet inland East Bay, but it’s grown a lot and today you’ll likely find traffic problems similar to those in just about every other part of the Bay Area.

The East Bay is a lot more predictable. Extremes are rare, and they usually come with fair warning. It’s generally ten degrees warmer.

It’s not just a slogan for college recruiters and restaurant rows. You’ll find people here from every corner of Earth, and maybe a few other planets, and they go to college and eat at all those different restaurants too. They’re also incredibly welcoming, involved, vocal and happy to see their communities growing.

People spend months now, looking for a place to live on the other side. In the East Bay, prices are affordable and great housing is available. Parking is usually a lot more ample, too. And depending on where you’re hoping to go, commutes can be reasonable too. Eating and raising a family and feeding a family are also completely do-able.

It’s the biggest urban regional park district in the country, and manages beaches, historic sites and all kinds of public places. It benefits residents in the entire East Bay Area and takes cares of 65 parks and 1,200 miles of trails. There are attractions and wilderness areas and places for camping or biking or swimming. It’s a huge asset to everyone living here.

With some of California’s most celebrated schools., the East Bay also has an incredible list of museum and music venues. Alameda County Library operates ten branches and Contra Costa County runs no less than 26 community libraries. That’s in addition to public schools and some of Northern California best private institutions.

We could go on and on. The East Bay is a world of its own, but it’s also home to lots of folks who’ve brought the best of where they came from with them. 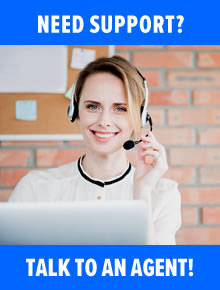